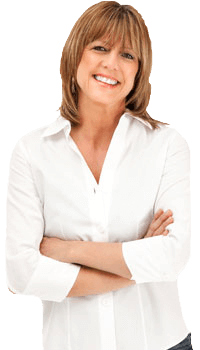 I am a hardworking mother. My son was doing a college internship out of state and ran into some legal trouble. Having never needing to bail anybody out of jail and being so far away you can imagine the anxiety I was feeling. I was lost. Luckily I was referred to ABC Bail Bonds.

Why did I choose ABC Bail Bonds?

ABC Bail Bonds is AMERICA’S BAIL COMPANY®. I was able to use their Bail by EmailSM service and pay by credit card. Their great service allowed me to complete all the paperwork via email and by the time I arrived from out of state my son was already released. It was comforting to have someone that could lead me through this very difficult time. Everyone at ABC Bail Bonds treated me with respect and in a professional manner.

While this event was an emotional crisis for our entire family, the ABC team was a bright spot of hope. I am not sure what I would have done without them. 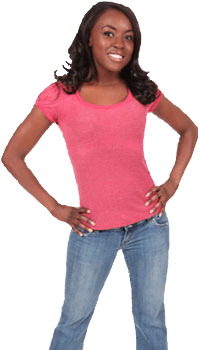 My fiancé was locked up on a drug charge. He had been locked up before but I knew that he was innocent and I didn’t want him to sit in jail for the months or even years it could take for his case to be heard in court for him to be proven innocent. I have a three boys and one on the way and we count on his income to support our family. We decided to get him out right away with a bail bond from ABC Bail Bonds.

My friend used ABC before and I knew they would get the job done for me. The last experience was good for them so I had no reason to think that this time it would be any different for me. I just called their agent, he found out exactly where he was being held and he explained what was needed to get him out. He met us, we worked out an easy payment plan, did all the paperwork in 15 minutes and then bond was posted. They even referred me to a great attorney.

At ABC Bail Bonds, I was treated like a person and we got the fast bail that we needed. In the end… after a year and a half long case… my fiancé was found innocent my and ordeal was over. Thank you ABC.

My son was involved in a case where the authorities said he was tampering with a witness and other offenses that I did not understand. When I got the call, I couldn’t have been more shocked. Here is a good person accused of a terrible crime. He was arrested late on Wednesday and needed to be at work on Thursday. He was only 18 and I didn’t know how to get him out.

Why did I go with ABC Bail Bonds?

First of all, my attorney told me to go to ABC. I was really glad he did. When I initially called the ABC office regarding bail bond services, I knew nothing about the process. The entire organization could not have been more helpful and KIND. The process was simple. The payment plan really helped. When my son was released at midnight, the two guys that were there were very polite. When my son calls every Monday, everyone is so pleasant to him on the phone.

The agents at ABC did not judge me and my son. When you are going through a bad time, sometimes it just takes one good hearted person to say one nice thing to you and it gets you through the day.

At ABC, the process was simple and fast. The agents were pleasant, compassionate, and knowledgeable… I am really glad I chose them in my time of need. 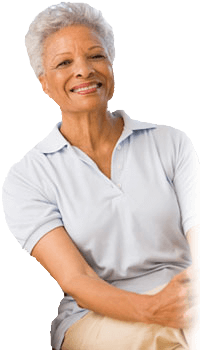 I was home babysitting a few of my many grandchildren and I started getting the calls from the rest of the family. Joe had been arrested and he needed my help. He was picked up in a drug raid and nobody could find out where he was. I knew that we needed a bail bondsman. I knew we needed ABC.

How did I know we needed ABC?

ABC has helped me and my family many times before. They recently have bailed out both my son and grandson. Whenever any of my friends or somebody in my family is arrested, I direct them to ABC. I think I have sent them over 20 people over the years. They have always treated my family with respect. The first time I used their professional and knowledgeable agents was in the 1990’s. I swear by them. I know that if I cannot make it to them, they will come to me. They will work out an interest free payment plan that the family can live with. They do whatever it takes to get the job done.

I use ABC Bail Bonds because I know that ABC will simplify a difficult process… they really do. 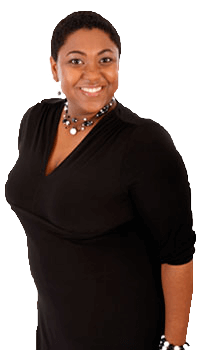 I am a working mother of 3. My oldest son had the unfortunate experience of being arrested. He was involved in a dispute that escalated and was eventually charged with assault and resisting arrest. I am really glad I chose ABC.

Why did I choose a bail bond from ABC?

I needed my son out NOW. I knew that ABC was a larger company and could respond immediately to my needs. From the first call to the finish of the case, the entire staff at ABC was always compassionate during one of the most traumatic and upsetting times of my life. They even worked out a payment plan for me. From the moment they met me, they took the time to be considerate, understanding and patient.

The local agent added a personal touch to what could have been a very difficult business transaction. I later found these same qualities in all the employees I had the privilege to deal with over the course of the case.

Hopefully, I will never find myself or my family in this situation again. However, if I do or I ever come across anyone in need of bail bond services, I would strongly recommend ABC Bail Bonds, AMERICA’S BAIL COMPANY®. 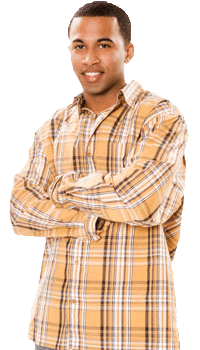 I am a hardworking father. I was sharing a house with a few friends. Well, I didn’t know it but one of my roommates was allegedly involved in illegal drug activity. One day the house was raided by the authorities, everybody in the house was arrested. I have had a few run ins with the law. I know it is a common saying but really, “I was in the wrong place at the wrong time.”

Why did I choose ABC Bail Bonds?

Well honestly it was from word of mouth. When I arrived at the jail, many of the inmates told me, “Use ABC, Use ABC… ABC will get you out of here”. Also I had seen some of their advertisements. I gave the number to my family and asked them to call ABC Bail Bonds. Unfortunately, my family called a lesser known bail bond company. They paid the other bail bond company but I did not get out of jail. I sat for days. They could not give my family a good answer why I was not out of jail. I almost lost my job. In the meantime the team at ABC was calling my family and asking them to come to ABC.

Luckily, I was able to arrange for money to be taken to ABC. ABC was paid and contracts were signed in 15 minutes. They even faxed documents to one of my out of town cosigners. They immediately posted bail and I was released in a matter of hours.

The team at ABC persevered in getting me bonded out long after I had given up. They saw me and my family through the confusing process and made it happen when another bondsman misled me at my expense. ABC Bail Bonds has the highest integrity and was able to bail when other the other company failed.

These guys are good. They provide friendly service and fast jail release. There are a lot of bail companies out there but nobody takes care of people the way ABC does. Hit them up. They offer really fair payment plans and 24 hour service.